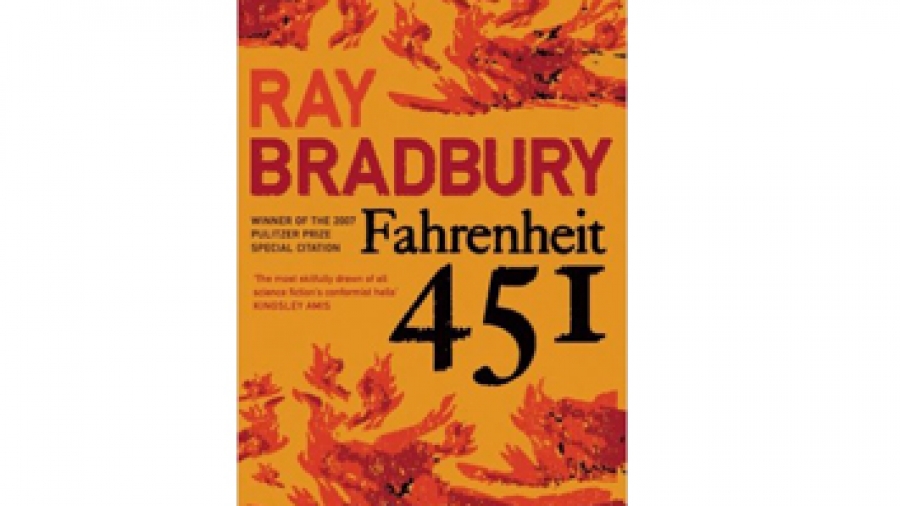 Though sometimes misread as science fiction Fahrenheit 451 is in fact a classic dystopian novel in the tradition of Brave New World and 1984; the little science involved is indeed already antiquated. As with all good dystopian fiction the real context is the present, not some hypothetical future. The world portrayed is one in which books are banned because they pertain to the past, a realm out of our control – hence perceived as dangerous.
As Bradbury points out in his introduction to the 50th Anniversary Edition, the book had its roots in a particular incident. One night the author was out walking with a friend on a Los Angeles street and was stopped by the police who wanted to know what they were doing, when walking was their aim and talking what occupied them. This started him on the path of imaging the kind of world in which such activity might indeed be seen as a threat.
That words have their roots in that past, and that they do in a sense ‘occupy’ us, is not something one can easily ignore. If we could however uproot them then the world might just be a safer place. Utmost vigilance would be required and the mere rumour of books in an attic would necessarily trigger a visit from the emergency services – or as this book has it, the fire brigade. The title alludes of course to the temperature at which paper burns. I wonder however if there is a sense in which our digital media locks us into the present in a more secure and immediate fashion than anything quite so crude as the burning of books.