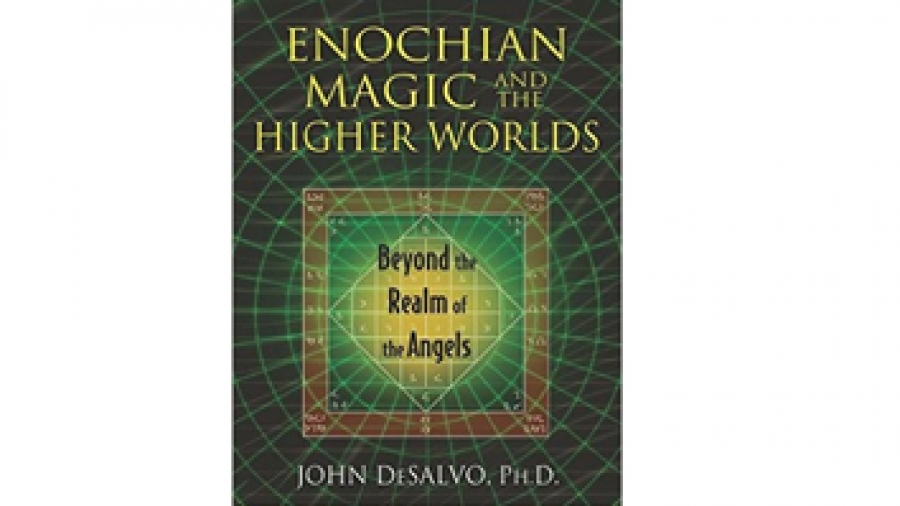 John DeSalvo, Ph.D.
Enochian Magic and the Higher Worlds: Beyond the Realm of the Angels
£12.99, available from Watkins Books

Book Description: In this comprehensive introduction to Enochian magic and beyond, John DeSalvo explains how the magic system transmitted by the angels to John Dee and Edward Kelley in the 16th century has until now remained incomplete and thus not as powerful as the angels intended.
Drawing on his in-depth study of John Dee’s diaries, DeSalvo explains how Dee and Kelley were given the Enochian tables and calls but their communications with the angels were severed before they received the full practical instructions for Enochian magic. To this day, most magical groups improvise and make up rituals based on their own ideas and imagination–the magic they practice is not true angelic magic.
After many successful Enochian magic rituals and years of his own spiritual work, DeSalvo has discovered additional key pieces to the magical system of Dee and Kelley, a system now known as Power Magic. He provides step-by-step instructions for more complete and accurate Enochian magic rituals and reveals how the angelic realm is only the first and farthest away of the spiritual realms surrounding God. He explains how to penetrate this angelic realm with Power Magic to reach higher spiritual worlds and receive more powerful knowledge and energy. He shows that by connecting with the higher worlds beyond the angels, we can tap more fully in to the magical power of the Divine and begin restoring the planetary magic of our most ancient ancestors.