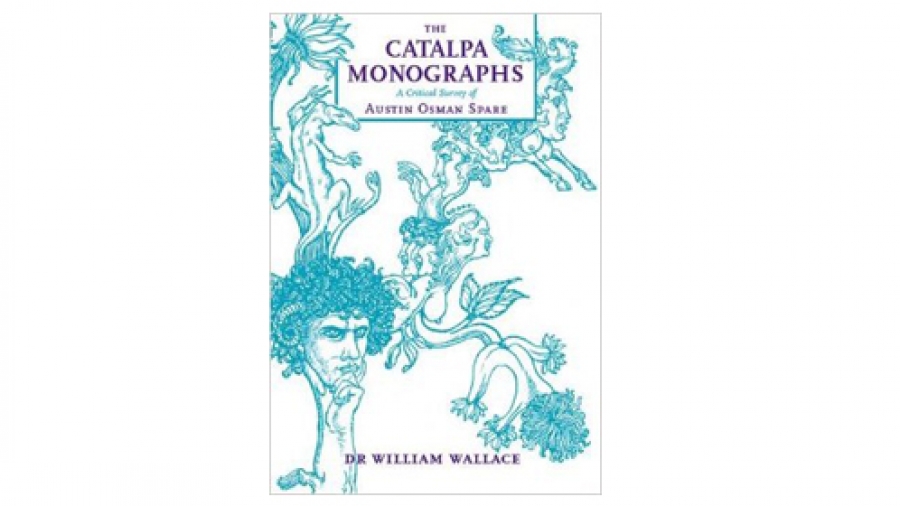 Jerusalem Press was founded in July 2007 with the remit to publish the work of artists and writers in limited edition books and fine print editions of the highest quality. We interviewed Jerusalem Press director Stephen Pochin, who is a writer, curator and publisher.

Stephen curated the Austin Osman Spare retrospective Fallen Visionary at the Cuming Museum in 2012. He has contributed to Two Grimoires (2011) by Starfire Publishing, and authored two books on Spare’s wider context in Edwardian culture, Evolution 1: From Influx to Automatic Drawing (2008) Evolution 2: A Fiery Asymmetry (20012) both published by Mandrake Press. He is currently preparing a new exhibition on Spare.

Watkins: When did you set up Jerusalem Press and what is your specialised field?
Stephen Pochin: We started in 2007 when the opportunity presented itself to republish The Book of Pleasure with a new introduction by Alan Moore. The Book of Pleasure was delayed so I could prepare the curation for the Cuming Museum’s retrospective of Austin Osman Spare, Fallen Visionary (2010) which gathered momentum and inevitably took precedence.

As we were also publishing the catalogue we retained the original, more positive, working title ‘Cockney Visionary’. This became our inaugural publication and accordingly announced us more as an art publisher rather than specifically an occult imprint. We were regaled with offers of artwork loans from collectors and able to elicit contributions from all those presently involved in writing and publishing on Austin Spare.

It’s a slim hardback for £60 but has lots of new content regarding Spare’s London. Crucially (justifying the price) it also comes with a wonderful documentary produced as a labour of love and offered to the exhibition by Richard Millington (who was then a student and is now at the BBC). This component proved a god-send during the final weekend when the exhibition was overwhelmed by visitors and the museum had to stagger entry and set up a waiting room; those waiting were treated to the film. The interest garnered by the exhibition and its coverage at the end of its run by the BBC’s Culture Show helped to increase sales and establish our email subscriber list.

I had previously undertaken a Fine Art degree and Electronic Graphics MA (producing photomontage), and for a time strove to be a self-sufficient artist. I’ve since been cured of this delusion. Instead, I’ve come to find putting my energies into researching, curating and writing about other lesser known artists more compelling; more rewarding too.

W: What inspired you to enter the publishing industry, and what are the objectives you have envisioned for Jerusalem Press?
SP: Although we love the publications from previous decades concerning Spare, the feeling persisted that there might be more to study, more story to tell and somewhere perhaps more art to reproduce. Once our research paid off on this inkling, with private collections and primary material revealed to us, it seemed the most obvious recourse was simply to self-publish.

W: Most of your titles are about Austin Spare. How did your passion for his art and philosophy first arise?
SP: I’ve always been attracted to the margins of culture, whether that be art or music, cinema or literature. That’s where the truly fascinating, undiluted and corrosive expression resides. It was via cd sleeves by Coil and John Zorn that I first got an idea that Spare was out there under the radar of the canon of official British art.

W: You also publish deluxe editions for your titles, which we love, but considering how the e-market has impacted the book trade, are they justifiable? What is your client response?
SP: They are utterly justifiable due to the fact that the pre-sale of 100 deluxes is pivotal to financing the complete print-run. This provides enough standard copies for international sales and to our US distribution, ensuring a reasonable shelf-life in many bookshops. Our core purchasers are those that have collected talismanic books and we’ve become established off the back of that trend with similar short run deluxes with high production values. It is hoped the standard versions will be discovered by, and affordable to, the next generation of inquisitive reader who is not content to celebrate the mediocrity of the mainstream booklists or potted history served up in art curriculums.

W: Can you share with us any future projects you are working on?
SP: Our fixation continues to be firmly upon Austin Osman Spare with a few more choice items in preparation. But we ultimately wish to diversify. We have lots of material on Frederick Carter and hope to convey his achievement as a printmaker, painter and writer to a wider audience. There’s also a project on Sidney Sime currently on the back-burner too.

W: Where do you see Jerusalem Press in the future?
SP: Hopefully still HERE… We’re too busy with our next project to countenance such over-reaching thoughts. Not being answerable to a bank-manager demanding cashflow forecasts we are free to delve fully into each title and produce more than anyone expected; the profits of each title being ploughed into the next.

W: What do you enjoy most about your job?
Initially making fortuitous connections at the research and writing stage and then eventually getting good responses from purchasers. Ultimately what spurs us on is the awareness that we are adding to the knowledge and understanding of this wonderful artist for posterity.

The Author
Dr William Wallace is the most prolific contributor to Sparean scholarship and has here returned to his earliest writings as the basis for a newly expanded and emended inquiry into the volatile essences of Austin Osman Spare’s art. By so doing he has succeeded in casting a convincing new light onto Spare’s underlying textual references and myriad visual allusions.

Born in Yorkshire and educated in the Midlands and Canterbury, the author’s life journey has borne him upon an irresistible southerly trajectory and into London’s mythic four-fold benthos; culminating in an enduring exegetical embrace with its modern Blake. Writer and artist, the author, like Austin Spare, has evolved an art that is at once captivating and troubling. From an early age, he developed an unwavering fascination for life’s macabre undercurrents and, making pilgrimages to medical museums, embarked upon anatomical study. He remains a student of thanatology as well as the living flesh; the macabre and outré.

Erstwhile initiate of Frank Letchford – Spare’s dependable friend and first biographer – while still an art student, Wallace was fortunate to have direct ingress into the life and art of Spare. Now living in Gloucestershire, when not attending to his art production and the cultivation of his cabinet of curiosities, he undertakes trips to the floodplains of the Thames, savouring London Porter, esoteric bookshops and art exhibitions.

The Book
Comprising a revised and much expanded republication of the long out of print 1980s editions The Early and Late Works of Austin Osman Spare, which were published by Catalpa Press this new hard-back edition is illustrated with no less than 93 unpublished works by Spare, including 20 early ink drawings and a recently discovered self-portrait in oils. The 100 plus plates in the colour sections represent a veritable raisonné of the artist’s various stylistics and key themes.

Embodying decades of fastidious research, the seven new essays analyze the themes and obsessions in Spare’s art and writing; yielding surprising new insights and revelations which even those most familiar with Spare may find startling. Crucially, here we find an in-depth examination of the Mrs Paterson mythos, and the first convincing decoding of the ‘L.C.O.’CS’ dedication found in The Focus of Life. We think this will compel those who thought they knew the book; the clue to its decipherment is there on the page, in the text itself…

Dr Wallace also examines an early political cartoon of Chamberlain, revealing Spare’s brief but formative interest in political satire. A forerunner of his complex and multi-layered A Book of Satyrs.

Also included by way of an enthralling Appendix are the author’s correspondence with Kenneth Grant (in facsimile), and an affectionate memoir of Frank Letchford, both of which provide an enlightening back-story to the author’s scholarly odyssey.

The Foreword is provided by Michael Staley (Starfire Publishing), who shares with us his first impressions of Spare and strikes an interesting comparison with a famous Pre-Raphaelite painting. The Afterword, examining Spare’s life-long appropriation of other artists’ imagery, from Egyptian motifs to G.F.Watts; Auguste Rodin and George Tinworth, is provided by Stephen Pochin.

Development and Publication
We had worked together previously, on Two Grimoires, by Starfire Publishing, and on my own previous efforts (Cockney Visionary and A Fiery Asymmetry, a Study of Spare’s ex-libris production (2012). William and I have a lot in common and have become good friends and zealous research colleagues, constantly riffing on Sparian minutae via email. When William offered the original texts along with the promise of new essays it was an entrancing prospect. As we are such a small operation it took three or four years to bring the title to the market. But it certainly feels well worth the endeavour and we have received praise and thanks from art collectors and occult practitioners alike. It is our most substantial book and – in terms of textual content, footnote references, picture-editing and the indexing necessary – our most demanding to date. We usually aim for one title a year, however this one has taken two to proof-read, picture-edit and prepare from print. We do hope the wait has been worthwhile.

The amount of new artwork it reveals should be reason enough to own the book. We didn’t want to simply reproduce the original array of now familiar Spare illustrations, but to present something fresh and all encompassing in the plates sections, thus reflecting the all embracing quality of the essays they support. Furthermore there are numerous lines of enquiry ; whether occult, philosophical, social history, or art historical, its so interesting on many levels. I’m glad to say it is ultimately genre-defying.