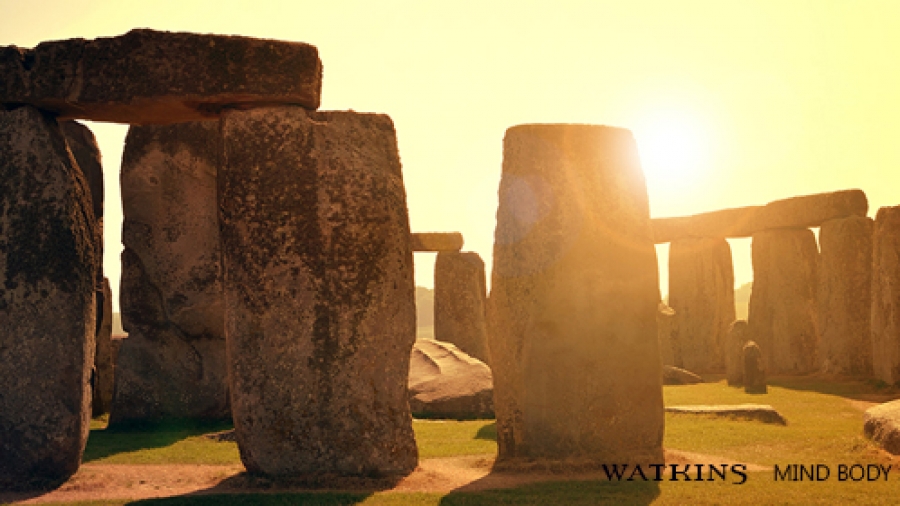 [dropcap]S[/dropcap]acred tourism is increasingly popular but not everyone can travel to locations that may be in the most inhospitable of places. Fortunately you don’t need to physically travel to a site; you can journey there from the comfort of your armchair. Crystals give you access to sacred power, they are the key to harnessing the power of place.

Last year I was asked by my mainstream American publisher to write an atlas of sacred site crystals. My saying ‘that’s not possible’ was greeted by stunned silence. I had to hastily explain that, although most sacred sites grew up because of unique geological features such as crystalline rocks with naturally strong geomagnetism or simulacra (faces in the rock), indigenous people treat their landscape with great respect and most view mining as a desecration and are aware of how it disrupts earth energies. In ancient times everything–land, rocks and crystals – was perceived as alive, divine and home to the gods.

Only a handful of crystals are actually mined at sacred sites, although many sites have crystal legends and all have crystals that resonate with them. So, I offered a book exploring the inter-connection between landscape, geology, crystals, divinity and power. I invited the publisher – and you–to become an armchair traveller and join me on a journey into sanctity. Our journey would take us on a sinuous path around the planet following the dragon lines and crystal bones that underpin our world. Crystals and the sacred have a natural interaction that has been drawn on for millennia. Part of Australian Aboriginal initiation rituals involved swallowing quartz and driving crystals into the body to store power. They, and other ancient peoples, took pieces of their sacred rocks with them when they relocated. You don’t need to go this far, but you can hold quartz and other crystals to activate power in yourself. Fortunately my proposal was embraced with passion and Crystals and Sacred Sites is the result.

Sacred Power
The book is based on the principle that you can draw power from a sacred site for healing, to expand your awareness or to catalyze your spirituality, connect to the ancestors or speak to your god(s), through connection with a crystal. Sites, even those since abandoned, are imbued with palpable power. It is as though it is impregnated in the very stones or the earth itself. It can be felt, touched, tasted even. You know when you are stepping into sacred landscape. The air tingles or is preternaturally still. The land beneath your feet has a special quality. You literally walk on sacred ground. As with all sacred places, these sites are multi-experiential and multi-layered, held within the landscape and integral to it.

Rocks held the energy of creation itself. They were imperishable, immutable and incorruptible in direct contrast to the frailty of human life. Some stones, such as meteorites, were regarded as the primeval God manifesting its presence on the earth, symbolising the cosmic origins of life. Small wonder that they were revered throughout the ancient and not so ancient world. They, like rock itself, created an interface between the visible and divine worlds.

Sacred sites have naturally strong earth energies created by geophysics, leylines, underground water, telluric currents and the like. Places of awe, mystery and wonder, sacred sites are located as they are because of a combination of geological, aesthetic, geodesic, geomagnetic, symbolic, astronomical, mythological and shamanic factors operating in the landscape and the belief system of those who constructed them. Sacred places weren’t just decoration, they were an integral part of ancient cosmology: a holistic paradigm that takes spirituality, astronomy, mythology, theology and creates an integrated world view in which gods speak, places empower or awe, the land reflects the sky, and the world can be forever changed in a heartbeat. It is my contention that crystals form an integral part of sacred geography because they share these qualities, and that each crystal is connected to another so they link sites together by resonance. This property can be used to tune into crystals and landscape.

Psychogeology
The energy at sacred sites is incredibly alive and highly responsive to interaction. It literally plugs you into the sacred: an enormous energy grid that takes in your body, your soul, the planet and the whole cosmos. It stays with you as an expanded awareness and heightened sensitivity, providing healing and catalyzing your spirituality. You can access this numinous grid with the assistance of crystals.

The geology of landscape influences us deeply, as do geophysical and celestial phenomena. Atmospheric conditions, the intensity of sunlight and temperature variations all profoundly affect our physiological and psychological functioning. The presence of concentrations of mineral ore, geomagnetism, volcanic activity and subsurface water all have an effect and are, in turn, generated by rock. A high ratio of quartz allows rocks to create and convey electromagnetic currents. Granite, which contains quartz particles, has low levels of natural radioactivity and such geomagnetic rocks have been shown to facilitate healing and contribute to the overall energy field of a site.

The earth is actually a giant electrical conducting system and crystals literally underpin our world. Indeed, many sacred sites, such as Machu Pichu and Mount Kailash, are rumoured to have secret crystal caverns at their heart. Psychogeology states that our mind is shaped by the landscape around us. Few of us stop to think when choosing a home that the geology on which it sits, or the material from which it is built, deeply affects our energetic functioning. But our ancestors were aware. They were finely tuned to each nuance of landscape and its underlying geology. They knew how to harness and manipulate natural forces to affect human behaviour. That’s why they sited their sacred places not for easy accessibility but because the land itself was special, numinous, powerful, sacred.

Sites such as Lourdes in France have natural healing water with a high concentration of a rare metal, Germanium within its rocks. An excellent energy conductor, Germanium has been shown to be anti-viral and bacterial, and to stimulate the body’s natural immune system. Lourdes was an ancient healing site long before visions of the Virgin Mary made it famous in modern times.

Virtually all sacred sites incorporate pure quartz or rock with high quartz content. Quartz is a storehouse for energy. It vibrates at a very specific rate. When struck or compressed it creates an electrical discharge visible in the dark. When light shines through it, refraction produces a rainbow. It also transmits sound (think of early crystal radio sets). To the ancients it must have seemed magical indeed.

Research has shown that parts of our brains, in particular the temporal lobe, are receptive to crystal power and to geomagnetic energies. This is especially so in those who meditate or who work with energy or crystals. Tradition says that certain stones were used as a pillow to induce dreams, visions, altered states of consciousness and healings. It may well have been that ancient humans had a particularly well developed sensitivity to electromagnetic and other natural energies which they used to enhance their spiritual experience and to navigate their way around their worlds – inner and outer.

Meet the author: Judy Hall is the author of the bestselling Crystal Bibles and an internationally known author, astrologer, psychic, healer, and workshop leader, and has a wide experience of divination and natural healing. She has a B.Ed in religious studies and an M.A. in Cultural Astronomy and Astrology. Some of her earliest memories are of visiting stone circles and she has visited numerous sacred sites during her long life.

Judy Hall
Crystals and sacred sites: Use Crystals to Access the Power of Sacred Landscapes for Personal and Planetary Transformation
Fair Winds Press