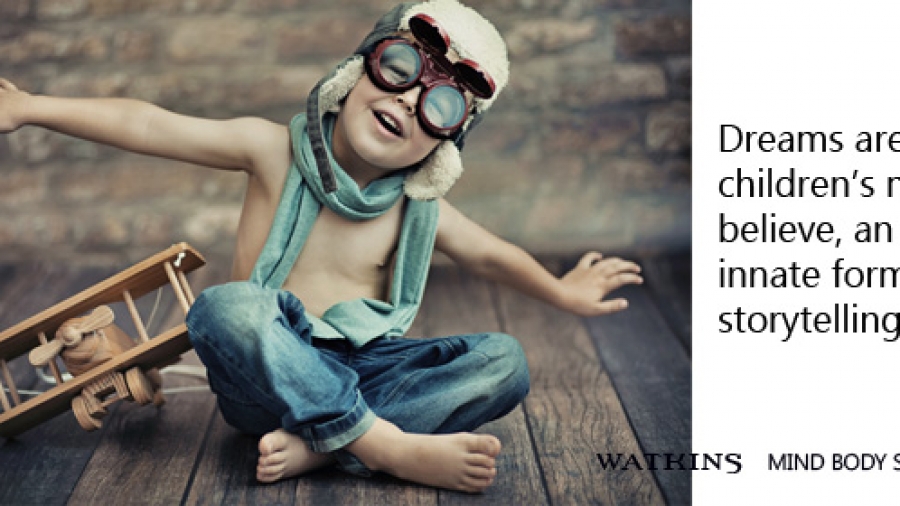 [dropcap]H[/dropcap]umans are storytelling animals. We thrill to an astonishing multitude of fictions on pages, on stages, and on screens: murder stories, sex stories, war stories, conspiracy stories, true stories and false. We are, as a species, addicted to story. But the addiction runs deeper than we think. We can walk away from our books and our screens, but we can never walk away from story. For humans, story is like gravity: an inescapable field of force that influences everything, but is so omnipresent that we hardly notice it. Here are ten hidden ways that story saturates our lives.

2 – Dreams. Dreams are, like children’s make believe, an innate form of storytelling. Researchers conventionally define dreams as “intense sensorimotor hallucinations with a narrative structure.” Dreams are, in effect, night stories. The most conservative estimates suggest that we dream in a vivid, story-like way for more than six solid years out of a seventy year lifespan.

3 – Fantasies. And we don’t stop dreaming when we wake up. Studies suggest that daydreaming is the waking mind’s default state. Whenever our minds aren’t occupied with a demanding task, they get bored and screen little films where all of our vain, dirty wishes—and all our worst fears — come true. We spend up to eight hours per day fantasizing—one-third of our lives on earth.

4 – Religion. Religions are made out of stories. Flip through the holy books of any religion and you will be flipping through an anthology of stories: The Fall, the Flood, the Archangel Gabriel seizing Muhammad by the throat, Prometheus stealing Olympian fire.

5 – Song.  We listen to about five hours of music per day: elevator music, movie scores, commercial jingles, and all the stuff we mainline into our brains through earbuds.

6 – Video games. Video games may become the 21st century’s dominant form of storytelling. The games allow us to be the rock-jawed hero of an action film or a fleshed-out character inside interactive role playing games (RPGs)  like The World of Warcraft. Players describe the experience of playing RPGs as “being inside a novel as it is being written.”

7 – TV commercials. Television shows—like Law and Order and Survivor—give us story. And they are liberally peppered with breaks where we are given more story. Social scientists define television commercials as “fictional screen media”; they are half-minute short-stories. A TV commercial rarely just says that a laundry detergent works well, it shows that it does through a story about an overworked mom, rascally kids, and a laundry room triumph.

8 – Conspiracy theories. Conspiracy theories—feverishly creative, lovingly plotted—are fiction stories that some people believe in. They exert a powerful hold on the human imagination not despite structural parallels with fiction, but in large part because of them.

9 – Non-Fiction. We gravitate to non-fiction that is most like fiction in drag (e.g., truthy reality shows and memoirs). Ever since the rise of the “new journalism” in the 1960s, non-fiction writers have felt free to pillage fiction technique, and now most long form journalistic efforts strive for suspenseful, character-driven narratives. When we call good journalism “good” we are evaluating not only its insights and its accuracy, but how well it approximates the narrative grip of fiction.

10- Life stories. A life story is “a personal myth” about who we are deep down — where we come from and how we got this way. They are our identity. But psychological research shows that our memories constrain our self-creation less than we think, and they are constantly being distorted by our hopes and dreams. Until the day we die, we are living the story of our lives. And, like a novel in process, our life stories are always changing, evolving, being edited, rewritten, and embellished by an unreliable narrator.

Meet the Author:  Jonathan Gottschall, Ph.D., is a Distinguished Research Fellow in the English Department at Washington & Jefferson College. His research at the intersection of science and art has frequently been covered in outlets like The New York Times Magazine, The New York Times, Scientific American, The New Yorker, The Atlantic, The Chronicle of Higher Education, Nature, Science, and NPR. His blog, The Storytelling Animal, is featured at Psychology Today.  The Storytelling Animal was a New York Times Editor’s Choice Selection and a finalist for the LA Times Book Prize. He lives with his wife and two young daughters in Washington, Pennsylvania. jonathangottschall.com