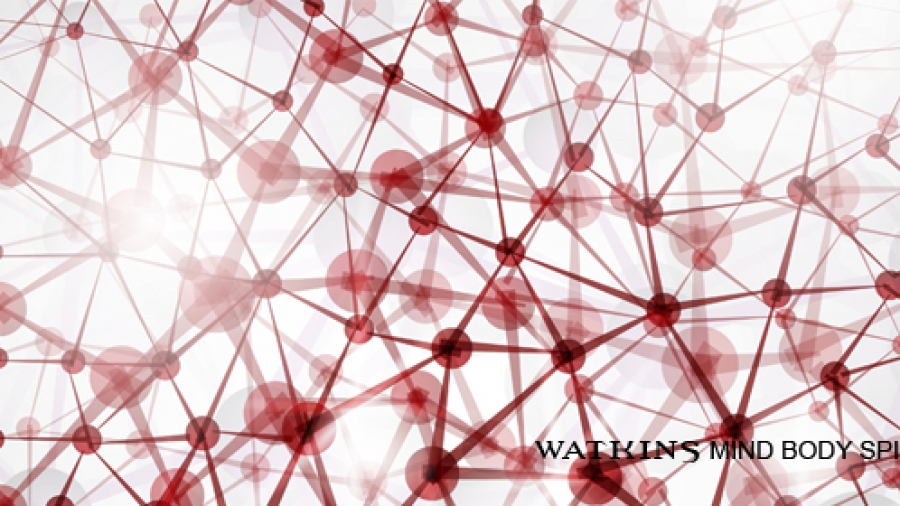 ‘Blood has always been regarded as the as the life-force of the body, and in the past doctors believed that if blood could be taken from a healthy subject and given to a patient who was sickly or diseased, the patient would rapidly regain their vigour.’
The Blood Groups, The Ministry of Health by the Central Office of Information, 1956

[dropcap]T[/dropcap]o some extent, all blood contains life force but levels differ, and not necessarily according to age. There are some robustly healthy older ‘subjects’ whose life force is far greater than many younger ‘subjects’. So don’t use age as an excuse for dwindling energy levels!
Life force cannot be captured by any medical test but has now been recognised ‘officially’ or ‘scientifically’ as existing. Indeed, blood transfusion recipients are known to show varying degrees of well-being, depending on the blood batch given, even though every usable batch ticks all the boxes in terms of being ‘medically healthy’ blood.

Although this life force in blood seems to fade as we age, we could turn this on its head and say, perhaps more accurately, that if our life force starts to wane then we start to age.

Research
Experiments done at Stanford University showed that the blood from younger mice, given over time, actually rejuvenated tissue cells of older mice, showing that the blood itself is responsible for the youthfulness and longevity of the body as a whole.
Maybe Bram Stoker was on to something when he described Dracula’s dependency on this elixir for eternal life, whose ‘lifespan’ depended on the blood of the living. We have the advantage of being able to regenerate our blood and when this ability breaks down we become sick.
So what causes us to lose this ability to regenerate blood and is it actually inevitable?

Qi and blood
According to Oriental medicine blood and Qi (life-force) are inseparable. You could say that blood is Qi in physical form. Given that we are a product of our blood, we too are a physical expression of this invisible energy that permeates everything.
According to the Oriental approach the quality of our blood is controllable and we can change the quality of our blood completely in the space of 90 to 100 days. Further, over the space of around 10 days, the 10% change in blood quality that occurs can actually alter the course of serious illness. This approach suggests switching to a diet based around whole grains, vegetables and pulses in order to help achieve this.

We came from the sea
Theory has it that we came from the sea and adapted from being sea creatures into land animals. Indeed, the mineral balance of our blood is very similar to that of sea water. When toxins enter the sea they are mostly broken down into harmless products. This suggests that healthy blood can do a similar job within our bodies.
Contrary to popular opinion, we do actually need small amounts of salt – but not the refined table salt that is most people’s idea of what salt is. Refined salt is akin to white bread – unbalanced and lacking in essential minerals.
So here we have a reference point. The balance of minerals in sea salt provides a framework for our body’s needs. You could say that sea salt provides a map showing the important ‘ports of call’ that each mineral need to make around the body.
By eliminating refined salt and replacing it with small amounts of sea salt (i.e. a small pinch during cooking) we can re-direct those ‘lost’ or displaced minerals, eg calcium, to where they need to go.
Such a system requires back-up from a diet which amplifies such a framework, being high in naturally occurring minerals and other supportive nutrients. You could say that blood, quite literally, gives colour to the whole framework, setting off the whole picture (our body) with beauty and light.
………..Meanwhile, lurking in the shadows and above suspicion there could actually be a rather unlikely criminal in our midst slowly trying to poison our blood.

The humble potato
Potatoes have become our staple food. We bake them, fry them, turn them into crisps, mash them and use them to ‘fill out’ ready meals. We are constantly reminded of just how nutritious they are and how the baked version is the ‘healthier’ option. Yes, scientifically speaking, their level of nutrients adds up to a pretty good score. However, as with cricket, statistics don’t tell the whole story.
Along with their array of nutrients, contained within potatoes and certain other foods, lurks a substance that can build up in our bodies, altering the state of red blood cells and slowly diluting the concentration of the vitality factor of our blood, Dracula-style.
That substance is known as deadly night shade.
Other foodstuffs that contain deadly nightshade are tomatoes, bell peppers, aubergines but not in such concentrated amounts as the potato, which we eat in sneakily large amounts. It is becoming apparent that many of us may actually have a low-lying and barely perceptible addiction to deadly night shade. Think about it…chips and tomato sauce…crisps…baked potato…potato cakes…bangers and mash…roast dinners at the in-laws…pizzas….pasta sauces…even cigarettes contain it…

Stowaway to Europe
The Spanish shipped potato plants back with them to Europe. Initially they were shunned as being poisonous decorative plants. However, needs must and being so cheap and easy to grow, this apparently benign foodstuff became the mainstay of the poor, many just living primarily on potatoes.

Tuber(culosis)
Rife at this time was the tubercular condition, more commonly known as TB or consumption. (Interestingly, the Inca ‘ice maiden’ discovered in recent years was found to be suffering from TB.)

Could it be that the diet of such people, by this time in history heavily based around the humble potato, was slowly poisoning their bodies?

We know that the tubercular condition has been around far longer than the potato and that many factors may contribute to this debilitating condition. We also know that through history famine has played a huge role in the health of different peoples around the world. Whatever would grow easily and under harsh conditions would have been heavily depended on for sustenance.

Interestingly, cassava, a potato-like tuber, similarly high in deadly nightshade, has replaced rice as the staple in many parts of Africa. The leading cause of death in South Africa is now…tuberculosis.

Salt-oil connection
Barbara Wren points out in her book, Return to the Light, that many of us have a ‘tubercular taint’ passed down to us from our ancestors. Tuberculosis, she says, is a condition that is a result of the displacement of calcium within our bodies. It took root when our availability of high quality omega fats in sea foods (and sea salt) was diminished as a result of moving inland.
Small quantities of high-class oils are absolutely paramount in enabling calcium and the other minerals to remain in balance within our bodies. Such powerfully charged oils are said to have the ability of attracting photons of light from the sun and providing our blood with the charge necessary to guide minerals to where they need to go.

Modern diseases – old susceptibilities
Despite the much wider choice of foods available today, potatoes are cheap, filling and still the mainstay for those of us on a budget.   Backed up by our over-consumption of meat, dairy products, sugar and poor quality fats, we have a recipe for calcium displacement in the body.
Cancer, arthritis, coeliac disease, depression, addictions, heart disease, diabetes etc. could all stem from our inability to keep minerals where they need to be in our bodies.   This displacement of minerals began way back. Although some diseases seem to have faded through history, or ‘beaten’, they may simply have mutated into something less recognisable. Indeed, there would appear to be a connection between smallpox suppression and the development of TB. Could cancer be an updated version of the tubercular condition?

When deadly nightshade enters our blood stream on an (unmanageable) daily basis, red blood cells are damaged and depleted of their life force or Qi, causing a slow-drip form of debilitation throughout our bodies. These depleted cells carry on with their daily activities still looking like your average red blood cell (Dracula style) but slowly marinating our bodies with depleted energy. The addictive quality of deadly nightshade is akin to the lure of Dracula as he slowly drinks from his strangely willing victims.
Dracula’s aversion to sunlight, not unlike that of the humble potato, provides a strong message. We could all, to some extent, have a low-lying tendency towards darkness. With blood enriched with substances such as deadly nightshade flowing through our veins, we too find ourselves cowering away from the light.

About the Author: Vivien Ryder is a health researcher and writer with a particular interest in nutrition. She has an honours degree in Health Studies and diplomas in Nutrition and Nutritional Therapy. She is currently writing a book about her late husband’s death from inoperable pancreatic cancer. Vivien may be contacted via vivien2ryder@yahoo.co.uk