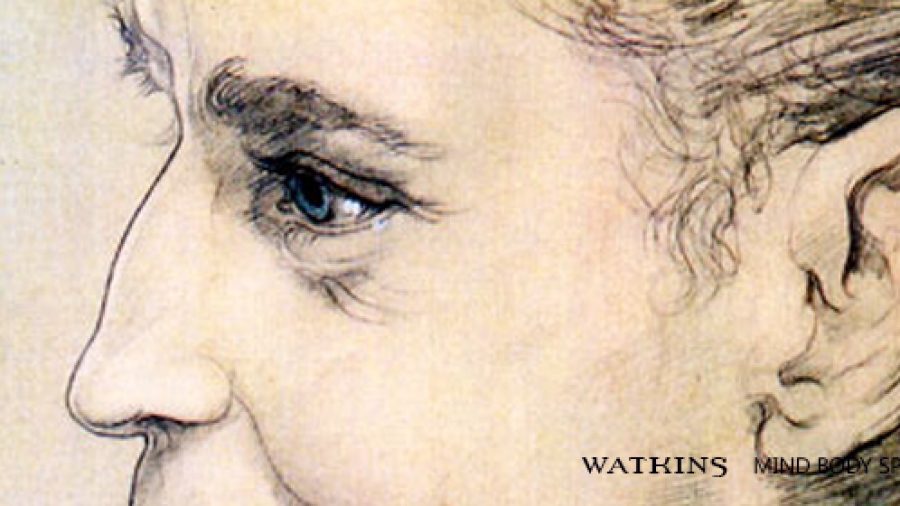 by Watkins Books
with no comment
MagazineMagick and occultModern teachers

What Phil Baker has accomplished here is little short of marvellous… a human study that neither confirms nor conclusively denies the extra-human properties attributed to its astounding and ambiguous subject… To my mind Phil Baker has established himself as among the very best contemporary biographers.
From the Foreword by Alan Moore

We are often told ‘the kingdom of heaven lies within’, and it was a simple, powerfully felt insight of this kind that launched a young man named Austin Osman Spare into his role as the twentieth century’s greatest – or certainly its most mythologised – sorcerer, trafficking with the denizens of his mind while developing his own magical philosophy of inner pleasure, psychic obsession, and the subjective nature of reality.

Born in London in 1886, son of a policeman, Austin Spare was hailed as a prodigy by the Edwardian art world. The youngest exhibitor at the 1904 Royal Academy exhibition, Spare went on to attend the Royal College of Art but left without a diploma. His early shows were controversial, and George Bernard Shaw is supposed to have said Spare’s work was ‘too strong a meat for the normal’. However, Spare’s celebrity didn’t last: his West End career stalled in the 1920s and he fell back into proletarian South London for the rest of his life, living – as he put it – as ‘a swine with swine’.  In due course he would sell ‘Surrealist Racing Forecast Cards’ through a small ad in the Exchange and Mart, occupy a dark, dank Brixton basement, and sell his pictures cheaply in South London pubs. By the time he died, in 1956, he was largely forgotten by the ‘straight’ art world, but since his death he has become a legendary figure, not just for his art but for his inner life as a magical thinker.

The heart of Spare’s philosophy is laid out in his self-published magnum opus of 1913, The Book of Pleasure (Self-Love): The Psychology of Ecstasy. Not easy reading, it nevertheless outlines such things as the pleasure within, which we can all tap into; the power of the unconscious; the free-floating nature of psychic energy and belief, which we allow to be constrained by daily reality and its snares and symbol systems, but which we can re-direct; and above all the transcendent reality of the Self.

What did Spare mean by Self? His philosophy is narcissistic, but not in the pejorative sense: it is narcissistic in the deeper sense of the self-contained happiness to be found by withdrawing from the external world. It is narcissistic in the way that yoga is narcissistic, and that Buddhists are known in Tibet as nangpas (inside-ers). There is a clue to all this in an early Spare watercolour inscribed ‘I and my self in yoga’; before yoga became a mundane word in the west, Spare’s title meant he was yoking together his ordinary and higher self – myself and my Self, if you like – and his idea of the Self is like the higher self or Atman of esoteric Hindu thought.

Along with the Self, Spare believed in the power of the unconscious, and this came less from early psychoanalysis than from spiritualism and psychic research. The unconscious could do anything, as far as Spare was concerned – within his highly unorthodox version of Darwinism, for example, bats had grown wings because they unconsciously wanted to fly – and it was the fountainhead of genius. Genius, for Spare, was about “obsession”: a word he would have got from spiritualism, where obsession is one stage down from full-blown possession. ‘Magical obsession’, wrote Spare, ‘is that state when the mind is illuminated by sub-conscious activity evoked voluntarily… it is the condition of Genius’.

Spare’s beliefs are very much of his era – rooted in psychic research and the popularisation of Eastern thought through Theosophy – but he goes beyond this with a more personal insight, not into this belief or that belief, but into the whole nature of belief itself: he saw belief as a voluntary constraint which could be reprogammed, something in the manner of NLP. He was more interested in ‘how’ to believe than ‘what’ to believe, with belief as a free-floating thing which could be re-directed to different objects and different realities. 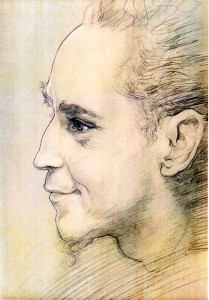 One of Spare’s techniques to conjure with belief was the use of what he called sigils. The word itself is not his invention – A.E. Waite, a key figure in the Order of the Golden Dawn, writes of Watkins’s Cecil Court bookshop display ’emblazoned over… with Signs, Sigils and Talismans, telling of Great Mysteries’ – but Spare meant something specific by it.

For Spare, a sigil was not just an old-style magical sign, but a monogram design made by writing down a desire as simply as possible, simplifying the letters even further, and making the design with what was left. This was already too jumbled to mean much to consciousness, and Spare thought it could be driven further into the unconscious by making an effort to forget it completely once it had been imprinted into the mind. Spare and his sigils are an interesting moment in early ideas of the unconscious, and another instalment in mankind’s long magical endeavour to control reality by writing of one kind or another.

Once it was happily lost in the unconscious, the sigil would turn desire into unconscious belief – ‘organic’ belief, as Spare thought of it; a force capable of moving mountains and even shaping evolution. More than that, a sigil could take on a life of its own, as what Spare called a ‘sentient sigil’, burrowing around in the mind-stuff of which the occult world is made and wreaking its effects on reality.

Spare was a great believer in entities: not just his obsessions and his sentient sigils, but his ‘automata’, ‘elementals’, and ‘familiars’. He had a psychologised idea of what these were and where they came from (less like an old-style witchcraft writer and more like Jung on ‘autonomous complexes’, or Robert Louis Stevenson crediting ‘some Brownie [i.e. goblin], some familiar, some unknown collaborator’ with dreaming up the story of Dr Jekyll and Mr Hyde). With all these entities, Spare was never lonely: he had ‘my alter-ego, familiars, and gang of elementals that partly constitute my being’. Or as some Jungians have put it: ‘a person is a collective noun’.

Spare’s sexual life also had a great deal to do with entities. Often thought to be something of a stud, closer examination suggests his carnal dealings mostly involved what he called ‘copulating the ether’, attending internal Sabbats, and meeting succubi, or female spirits. A late and unusually complex Spare sigil unravels as ‘I desire intercourse with a vampire’ – by which, he told a friend, he really meant a succubus – and within another of his graphic systems, the ‘Alphabet of Desire’, he represented this same vampire desire as a bat-winged entity.

Spare paid a price for all this inwardness: his career foundered, he became semi-reclusive, and he went through great hardship. It was human interest journalism of the ‘starving artist’ variety that first brought him to the attention of a young couple named Kenneth and Steffi Grant, who befriended him in the late 1940s, and it was in the writings of the late Kenneth Grant that Spare’s own tendency to confabulation became marvellously amplified and mythologised into the supernatural life of a dark sorcerer.

One of Grant’s greatest Spare stories takes place in the house of an alchemist in Fifties Islington. Magical feuding had broken out between Kenneth Grant and Gerald Gardner, the witchcraft revivalist, after a girl named Clanda had defected to Grant’s group from Gardner’s. Gardner then went to Spare for a talisman ‘to restore stolen property’. The talisman that Spare drew – not knowing it was to be used against his friend Grant – was ‘a sort of amphibious owl with the wings of a bat and the talons of an eagle’.

Clanda lay upon an altar waiting to be possessed by the goddess Black Isis, but things went badly wrong. The temperature dropped and a great bird crashed into the room, taking her up, out of it and away. She saw the rooftops below, as in a flying dream, struggled in terror, and suddenly found herself back on the altar. Nobody is suggesting that Clanda went anywhere physically: it all took place, as they say, ‘astrally’. Grant adds that a slimy, saline substance was left on the windowsill afterwards, seeming to pullulate slightly.

Influenced by the works of Arthur Machen, H.P. Lovecraft and Sax Rohmer, Grant’s stories are a heady mix of fantasy and reality, set in what sometimes feels like a parallel London. Certainly the alchemist existed (he was called David Curwen, and he wrote a book on the subject under the pseudonym Lapidus), and so did Clanda (she was called Barbara Kindred); but the existence of the giant bird, and indeed the feud with Gardner, is less certain.

Spare is now in the unlikely position of being taken as a kind of spiritual leader. I’ve met headbanging young occultists – often very sincere and likeable – who ‘know’ he was happy in poverty and obscurity, because otherwise he could have just used some magic to make himself rich and successful. The reality is not so simple: more geezer than guru, Spare struggled all his life for recognition, but he was cursed with an inability to get along with the middle-class art world, lack of education, unfashionable tastes, and plain bad luck. Despite all that he never gave up, and shortly before he died he was hoping to get back to a West End show. Now, at last, he seems to be getting the recognition – artistic as well as occult – that largely eluded him in life. ‘You have probably never heard of Austin Spare’ – said one of his obituaries, ‘THE STRANGE AND GENTLE GENIUS DIES’ – ‘but his should have been a famous name’.