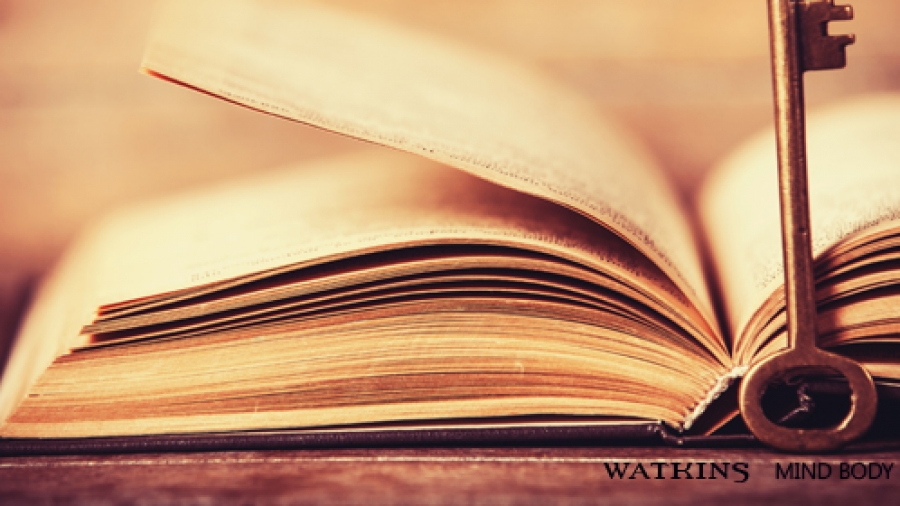 [dropcap]T[/dropcap]he early seventeenth century was a time of change in England and particularly so in London.  London was growing rapidly at this time, with a population of around a quarter of a million people in 1600, just over 6% of the English population of around four million.  This rapid growth in population was mirrored by the increase in magical texts being made available in both manuscript and printed form.

During this period medicine was still in its infancy and had not fully divorced itself from magic, with barber surgeons competing with cunning-folk for custom.  Sixteenth and seventeenth century magical texts[1] often contained instructions for conjurations and charms to assist in the practice of ‘physick’ (medicine).  Such texts were often sought and used by cunning-folk, men and women who provided a range of magical services to anyone who paid them.  Such services included a wide range of possibilities including healing people and farm animals, recovering lost or stolen goods, protection from witches, curses and evil spirits; gaining love, and locating hidden treasure.  To achieve such diverse results, cunning-men and women drew on numerous techniques and sources, often creating books of practice of charms and conjurations they found effective.

The Witchcraft Act of 1604 introduced by King James I (1566-1625), had been aimed at cunning-folk as well as witches, however the Witchcraft Act was largely ignored in many parts of England, particularly the capital.  Davies (2003:17) observes that “The ecclesiastical courts in London, a city that abounded with magical practitioners, were apparently the earliest to lose interest in cunning- folk and popular magic, with hardly any relevant cases after 1600.”[2]

It was in this climate that we find the cunning-man Arthur Gauntlet.  The only known published literary reference to Arthur Gauntlet was by the famous astrologer William Lilly (1602-1681) in his autobiography, written around 1668.[3]  The quote from Lilly provides some significant peripheral information which can help us create at least a sketchy picture of Arthur Gauntlet.

“I was very familiar with one Sarah Skelhorn, who had been Speculatrix unto one Arthur Gauntlet about Gray’s Inn Lane,[4] a very lewd fellow, professing physick … This Sarah lived a long time, even until her death, with one Mrs. Stockman in the Isle of Purbeck, and died about fifteen years since.”[5]

A prayer preservative always to be carried about man or woman – charm combining planetary and astrological symbols.

It seems curious that Lilly should describe Sarah Skelhorn (called Sarah Shelborne in the introduction) so positively as such a good seer, and yet be negative about Arthur Gauntlet. Lilly’s single reference to him as a ‘lewd fellow’ stands out and labels Gauntlet without allowing any opportunity for defence of his character or further consideration. However it is clear from Lilly’s writings that he was quick to denigrate anybody who he felt was not a respectable practitioner of astrology or the magical arts by his standards. I suggest that the fact that Arthur Gauntlet should have such a good speculatrix or seer combined with the heavily angelic and moral nature of Gauntlet’s manuscript may mitigate Lilly’s unqualified negative remark about his character.

We can deduce something more about Arthur Gauntlet through another mention of his name, in MS Laud Misc 19.  This manuscript contains an early ownership inscription of Arthur Gauntlet, and was in William Laud’s possession in 1636.  This manuscript includes a “Treatise, based on and including extracts from Hilton‘s Scale, describing the way of meditation and the mystical experience”.[6]

Considering the nature of Walter Hilton’s Scale of Perfection offers some revealing insights.  Hilton (c.1343-1396) discusses such topics as the form of spiritual visions and how to induce contemplation through meditation, prayer and Scripture.  The Scale of Perfection was written as an instructional guide for women who had taken vows or committed to a religious life, and as such may have been of interest to, for example, a female skryer such as Sarah Skelhorn.

That a book containing spiritual material belonging to Arthur Gauntlet should end up in the hands of William Laud (1573-1645) is very interesting.  William Laud was the Bishop of London from 1628-33, and it may be possible that he and Arthur Gauntlet met or even knew each other.  This would provide a possible explanation for why Laud should end up with one of Gauntlet’s books, particularly considering the religious nature of its contents.

By the end of his life Laud had risen to the position of Archbishop of Canterbury. He was beheaded during the English Civil War for his support of King Charles I and his vehement opposition to much of Puritanism, with great exception being taken to some of his ideas which were considered too ‘catholic’, such as reintroducing stained glass windows and statues, and moving the altar from the middle to the east.

The tangential references to his contemporaries in Lilly’s autobiography give us some idea of when Arthur Gauntlet may have been practising magic and physick. Captain Bubb is mentioned by Lilly, and also by Arthur Gauntlet in his book of practice, so the two were probably acquainted, and may well have been moving in similar circles.

After describing the sale of William Hart’s books in 1634,[7] Lilly went on to describe how “In Lambeth Marsh at the same time lived one Captain Bubb, who resolved horary questions astrologically; a proper handsome man, well spoken, but withal covetous, and of no honesty”[8] Lilly specifically identifies Captain Bubb as having been pilloried for falsehood, which enables us to find out more about Bubb.

It seems clear that Captain Bubb had influential associates, as Boas (1928:161) notes that “In Times Literary Supplement 12 Jan [1928], Bertram Lloyd identifies The Juggling Captain in ‘The Fair Maid of the Inn‘, v.ii, with a Captain Bubb to whom S[amuel]. Rid dedicated The Art of Juggling (1614) and who was pilloried in 1618 for telling fortunes.”[9]

The comedy The Fair Maid of the Inn was first performed in 1626, with the character of the Juggling Captain in it being based on Captain Bubb.  It had been written by the famous playwright John Fletcher (1579-1625) and some of his collaborators.  John Fletcher was one of the most popular and influential playwrights of his day, along with William Shakespeare and Christopher Marlowe.

Another person mentioned by Arthur Gauntlet is John Searle, in the heading “A Prayer to God for good Success in Matters written by John Searle Practitioner in Surgery And in Astronomy Ano 1594:” The combination of prayer with surgery points to a John Searle who was a choirman for a year, and was appointed as a minor canon in Westminster Abbey in 1594, holding this post for ten years.[10]

This was probably the same John Searle who had a licence from Cambridge university in 1607 to practice chirurgery,[11] and who published an ephemeris from 1609-1617 with three treatises attached, being (1) on the use of an ephemeris, (2) on the fixed stars and (3) four sections on astrology.[12]  The early date of the prayer, 1594, suggests the prayer may have been passed on to Gauntlet or circulated amongst his peers.

There are three sections in the book where Elias Ashmole’s handwriting is found, showing his ownership of Gauntlet’s book.  Ashmole (1617-1692) was a noted antiquarian, and the founder of the first public museum in the world, the Ashmolean Museum in Oxford.  The very last page of the book has the curious inscription “Ann Savadge in Rosemary Lane” written on a blank page in Ashmole’s hand.

The identity of Ann Savadge in Rosemary Lane is a mystery. To have possessed the book Ann Savadge would logically have been interested in magic, or more likely a practitioner. As there are two unidentified hands in the book it is likely that one of them is hers, which would make her a practitioner, possibly even a cunning-woman. With Gauntlet having worked with a woman as his speculatrix, it seems appropriate that his book should have subsequently been used by another female magician.

The only Rosemary Lane in London is in Mortlake, which is not only where Dr John Dee lived, but curiously was mentioned by Lilly in his autobiography and was also associated with the alleged witch Sarah Griffith.  In July 1704, “Sarah Griffith of Rosemary Lane, was swum in the New River Head. She apparently swam like a cork”.[13]  Lilly described how “One Sir Thomas Jay, a Justice of the Peace on Rosemary Lane, issued out his warrant for the apprehension of Poole”.[14] The astrologer William Poole evaded capture due to the death of Jay, and Lilly subsequently gave away a woman called Alice How to him in marriage.

It is clear that Arthur Gauntlet knew numerous other astrologers, magicians and churchmen in early seventeenth century London.  Amongst these, the cunning-man and woman seems to stand out as the liminal figure, drawing from different traditions and willing to do what was necessary for success, whether that was to conjure angels, demons, fairie or the dead, or create simple herbal charms or heal using the Psalms.  In this we can perhaps see the predecessors of the modern esoteric revival and its diverse strands.