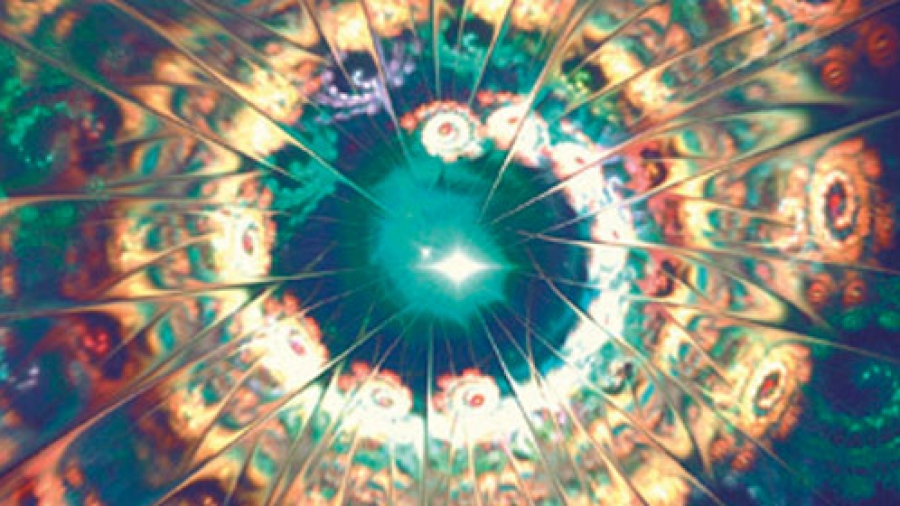 [dropcap]A[/dropcap]Transcendent  technique provides a direct connection to the whole, eternal, Transcendent aspect of a human being, and is therefore the most effective and powerful method of healing and meditation to use. Not I believe, (to use the generic term) ‘man-made’, but emanating directly from the Transcendent Divine. As a transcendental healer, teacher, practitioner and meditator – with 41 years’ experience of using such a powerful system – I have always considered myself very fortunate to have had such a fast spiritual route.

At the time I learnt to meditate (in the early 70s) the atmosphere was such that I rarely mentioned my practice, if I did, it was only in terms of stress reduction, never spiritual development. It was a time when even acupuncture and osteopathy were seen as somewhat cranky. Because of my early start I have never considered myself to be a part of the New-Age movement (although of course I was). And over these last 41 years of gaining a spiritual awareness, it has been interesting for me to watch the New-Age consciousness emerge and eventually permeate mainstream awareness with its multifarious offerings and language of energy. A pathway has been opened for people to explore their spirituality but I feel this has yet to take a pure form. Many have been grateful for the shift in consciousness which has allowed this new view to emerge with its insight and help.

Nowadays I can speak of the fact that I heal and meditate and that I am a teacher of a transcendental light vibrational healing and meditation. I can now teach about spiritual development. I have been told that to include meditation on a CV would be an advantage – apparently bosses these days like to know what employees do to help them with their stress levels.

Beyond Angels by Gaile Walker

In spite of this I am still disturbed by some constantly recurring themes within the New-Age movement. In ‘Beyond Angels‘ I discuss many of these, but here I will mention just two of them. The first relates to the inevitability of the finale: that we will all easily achieve spiritual liberation, even without any determination on our behalf. The second, and most disquieting is its liberal, all-encompassing attitude, which results in accepting methods of healing that are limited in their effectiveness and which are given the undeserved status of spiritual. I have at times felt this all-embracing liberalism to be complacency. The Transcendent, direct and truly spiritual healing and meditation technique I know is easy and effortless in its application.  However, despite the fact that it is a generally accepted notion that we always make the time to do the things we enjoy, I have had to develop and maintain an attitude of intense desire, discipline and strength of mind in order to create the time and space to practise.

I am therefore of the opinion that rather than just encouraging the responsive attributes of compassion and empathy that it has fostered in the past, the New-Age movement should begin to embrace and promote not only more effective, fast and direct teachings, but also an attitude of determination. The sort of spiritual determination which is embodied within the character of Arjuna is what all spiritual aspirants need to employ.

The Vedas are said to be the oldest records of knowledge about the spiritual side of life and contain truths cognized by enlightened seers at the beginning of time. The Veda is still the collective name for the sacred texts of Hinduism. The epic Indian work the ‘Mahabharata’ was finished later, around the time of the start of the Christian era, although its origins appear to predate this as its teaching embodies Vedic wisdom. The Mahabharata contains within it a story called the ‘Bhagavad-Gita’. Arjuna, the hero of the tale was a warrior, the most famous archer of his time and his story is still relevant today for the spiritual guidance it provides. It tells the well-known tale of how 5,000 years ago, on a battlefield (an obvious metaphor for life) the Avatar Krishna (the Transcendent Divine in human form) bestowed His Grace and teaching on the archer, Arjuna (representing humanity). Through this direct experience Arjuna achieved enlightenment. Nothing represents the directness and determination needed to achieve a steadfast awareness of stillness as clearly as the archer who hits the bulls-eye.

The New-Age movement speaks much of the sacred feminine, about how we, both male and female, should cultivate the feminine aspect within ourselves and display qualities of compassion, gentleness and empathy.  These must become a part of our individual selves and our world. I do not believe, however, they can exist at the expense of what are traditionally seen as the more masculine attributes of discipline, power, effort and determination; the essential attributes of a spiritual warrior.  Our world will not become gentle on its own, it needs intense desire, strength – and accuracy in the form of pure, direct, and therefore powerfully effective, Transcendent techniques – to destroy negativity.  We have learned that love is the goal, but it is the struggle to fight and eventually become Masters of our senses that will enable us to reach it.  We will never be able to love all equally until we cease to be servants of our dependent and controlling emotions. In short we will have to exemplify not only feminine qualities, but, in a marriage of power and compassion, also those displayed by Arjuna on the battlefield.

Gaile Walker: The author’s inner search for a relationship with the Divine began at the age of 14 and took flight when she was 18. With 41 years’ practice of transcendental healing and meditating she has been experiencing enlightened states of awareness since the age of 23. She has knowledge of many different spiritual healing and meditation methods. Her greatest pleasure is to teach others about enlightenment, effective meditation techniques and transcendent, spiritually helpful healing. www.radiance4realreiki.co.uk