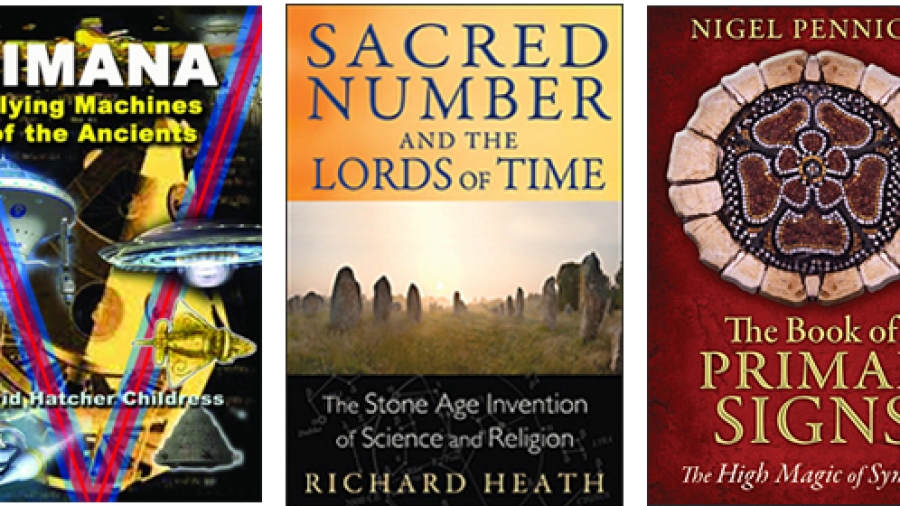 At Watkins we showcase a very long list of books on ancient mysteries and civilizations. Unveil the sacred meanings behind ancient and enduring symbols and discover the flying machines of the ancients!
Here you can see our latest recommendations. For our full list, you can check our website.

Lost Secrets of the Gods: The Latest Evidence and Revelations on Ancient Astronauts, Precursor Cultures, and Secret Societies by Kirsten Dalley & Michael Pye delves into these ancient mysteries and many more in articles by some of the world’s most intrepid and knowledgeable researchers, including Jim Marrs, Robert Schoch, Nick Redfern, Steven Sora, Thomas Brophy, Micah Hanks, Laird Scranton, Frank Joseph, Scott Alan Roberts, Paul Von Ward and others. Are there 10,000-year-old secret societies that still exist today? Was there a race of giants that once inhabited the Americas? Did ancient Egypt and ancient China have heretofore undiscovered ties?

Reflecting their roots in folk magic and the Western Mystery tradition, The Book of Primal Signs: The High Magic of Symbols by Nigel Pennick is an in-depth study of the sacred meanings behind ancient and enduring symbols explains their multiple forms and uses from ancient times to the present. Contrasting the hi-jacked use of power symbols in modern advertising with the vital role of symbols in traditional arts and crafts, Pennick reveals how symbols link the cosmic with the terrestrial and allow us to infuse the mundane with the numinous. With over 300 illustrations and photographs.

Vimana: Flying Machines of the Ancients by David Hatcher Childress. According to early Sanskrit texts the ancients had several types of airships called vimanas. Like aircraft of today, vimanas were used to fly through the air from city to city; to conduct aerial surveys of uncharted lands and as delivery vehicles for awesome weapons. Packed with photos and diagrams, Vimana consults ancient texts and modern stories to present astonishing evidence that aircraft, similar to the ones we use today, were used thousands of years ago in India, Sumeria, China and other countries.

Sacred Number and the Lords of Time: The Stone Age Invention of Science and Religion by Richard Heath. Our Stone Age ancestors discovered that the geometry of the Earth provided a sacred connection between human experience and the spiritual worlds. By recovering the megalithic secrets of space and time, carefully preserved in megalithic stone structures, Heath tells an untold story of four megalithic ages. Examining Earth’s harmonic relevance to the Universe as a whole, he shows how we can recognize the long-forgotten foundations of our own civilization and revive the sacred teaching of these four great ages.

Viral Mythology: How the Truth of the Ancients was Encoded and Passed Down through Legend, Art, and Architecture by Marie D. Jones & Larry Flaxman. Behind every myth, fairy tale and legend—hidden within the art, song and structures of ancient times—is an encoded layer of wisdom, science and truth passed down throughout history. This book examines how information went “viral” long before the Internet and served as the foundation for mythology, sacred architecture and symbolic imagery throughout the ancient world.
Sign up for our newsletter to get our new articles on Mind, Body, Spirit straight to your inbox every second week of the month.