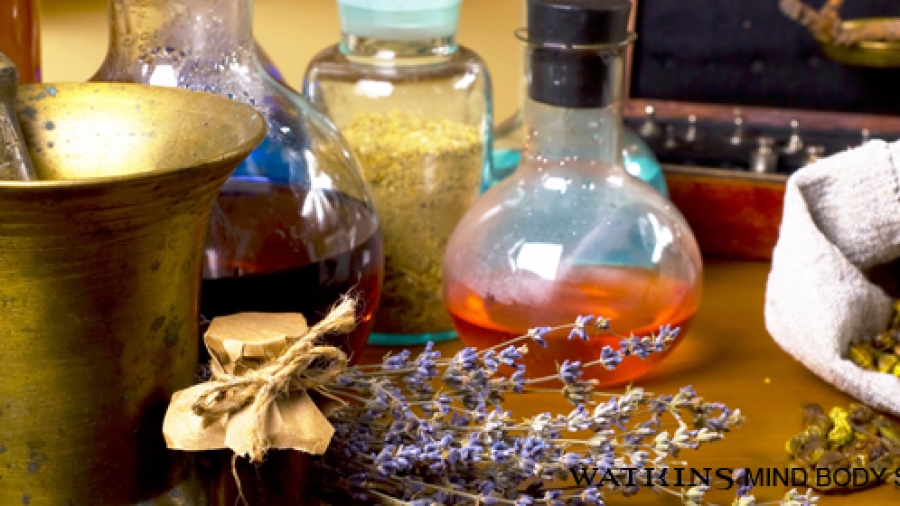 [dropcap]I[/dropcap] am often asked about successful transmutations in alchemy.  But the notion of transmuting lead into gold has its metaphysical aspect: any substance can be transmuted into its highest potential.  From Avicenna, the Persian alchemist of the eleventh century, to Paracelsus in the sixteenth century, there was a long tradition of alchemy as a means to make medicines.  An important branch of medicinal alchemy is plant alchemy, known as spagyrics, which captures the full therapeutic spectrum of herbs to promote healing at all levels of the human being, body, soul, and spirit. I first became interested in spagyrics while investigating the history of alchemy and presenting at New York Open Center Conferences on alchemy in Czesky Krumlov and Prague in the mid 1990s.  It was in the Czech Republic, near the mining town of  Kutna Hora, that I first met Manfred Junius (1929-2004) and joined his European alchemy seminar.

Manfred Junius, author of Spagyrics (also published by Healing Arts Press) was an extraordinary person and an inspirational teacher. Born in Germany, he had been Professor of Biology at the University of Calcutta for eighteen years. During that time, he also became expert in both classical Hindustani music and Ayurvedic medicine.  He returned to Europe and, helped by the Swiss alchemist Augusto Pancaldi (1918-1986), he used his understanding of Indian medicinal alchemy to work on sixteenth and seventeenth alchemical recipes such as Basil Valentine’s Triumphal Chariot of Antimony and the Circulatum Minus of Baron Urbigerus (1690). In 1979, Junius moved to Adelaide where he set up the Australian School of Ayurveda and Australerba Herbal Products and Spagyrics Laboratories. For many years he continued to work with spagyric laboratories in Germany and to give generously of his experience in conducting practical alchemy seminars in Europe.

My book, Alchemical Medicine for the 21st Century, is divided into two parts. The first part explains the history and principles of this type of medicine, while the second provides therapeutic information on some of the herbs that can be made into spagyric essences, and gives simplified methods to do so.  The book also explains the Hermetic and alchemical philosophy that informs spagyrics, which may still have an important role to play in the way we make and use herbal preparations.

The great sixteenth century alchemist, Paracelsus (1493-1541), was principally a spagyrist physician. In his medical practice, Paracelsus also worked with two main principles of homeopathy: the principle of ‘like curing like’, and the ‘minimum dose’. Paracelsus used alchemy to make medicines which, he believed, worked upon the soul, spirit and body of the person. Like most herbalists, Paracelsus had his favourite herbs and his own recipe for spagyric Melissa essence can be found in my book. 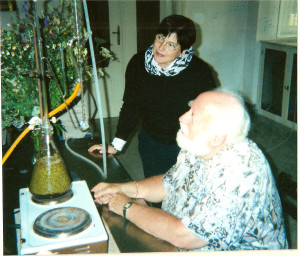 Spagyric essences capture the full therapeutic spectrum of plants, including the cosmic energies they have absorbed from sunlight, moonlight and starlight. To Paracelsus for whom the macrocosm-microcosm theory was a guiding principle, the cosmic energies of plants were enormously important in medicines.

The word spagyrics derives from two Greek words spao to separate, and ageiro, meaning to gather or combine. The ‘separation’ involves releasing the essential oils, naturally occurring alcohols, and the salts containing electrolytes. Each of these three components is purified, removing toxic substances such as heavy metals. This part, known as the ‘caput mortuum’ is discarded.  The three components are then re combined, and circulated, an alchemical process which very slightly potentizes the medicine. The result is a very fine, light, palatable liquid medicine which can be used to strengthen the immune system in a general way. Owing to the affinity of certain herbs with particular organs in the human body, spagyric medicines can also be used to target specific organ weaknesses, and in my book I discuss the use of organopathy as a valuable healing modality.

It was Plato’s belief that one should not attempt to heal the body without the soul, a precept that has often been forgotten in modern times. The Paracelsian method was to make medicines that relate to the soul, spirit, and body of the person. The essential oils represent the ‘personality’ or ‘soul’ of the plant; they give it its colour and scent. The salts represent the ‘body’ of the plant. Spagyrics is a genuinely holistic method of healing and holds the potential to heal on all levels.

Alchemical Medicine for the 21st Century invites people to consider their health from a truly holistic point of view.  I believe people have it in their power to live positive, purposeful and joyful lives.  Taking care of your health yourself is an essential part of that commitment to your own wellbeing.  I hope that with Alchemical Medicine for the 21st Century people will take a new interest in the wonderful gifts of healing that the natural world provides.  Making alchemical essences can be fun. Their fineness can be appreciated by taking them in water or by adding them in small quantities to wine or honey: a delicious way to keep illness at bay.  In short, mastering the alchemical art of spagyrics is a delightful way to maintain your own health and well being.

Meet  the Author: Clare Goodrick-Clarke is a Lecturer at Exeter University where she teaches a module on The Hermetic Art of Alchemy for the distance-learning MA in Western Esotericism at the Exeter Centre for the Study of Esotericism http://centres.exeter.ac.uk/exeseso/