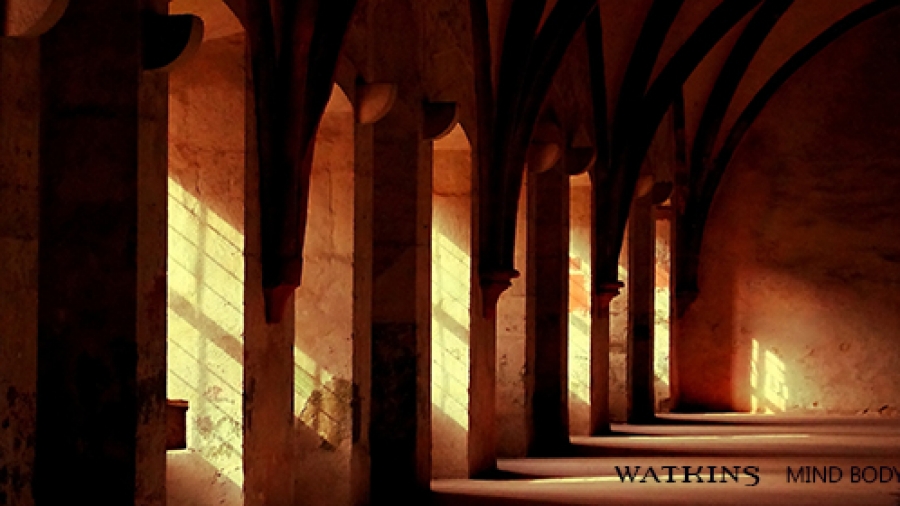 In 1244 Islam’s most celebrated poet and mystic, Mevlana Jalaluddin Rumi, met a man who would change his life. James Cowan’s book Warriors of Love interprets the influence that Shams of Tabriz had over Rumi, his poetry, and his love for God. The following excerpt chronicles the pivotal moment when Shams and Rumi first met.

Wrapped in a coarse black coat, Shams arrived in Konya in late November of 1244 and took a room at an inn. A dream had urged him to make the journey in search of Mevlana Jalaluddin Rumi, whose reputation as a great teacher was already well known to him. Some reports suggest that Shams and Rumi had already met briefly, in Damascus, though these have never been confirmed. In any event, Shams knew that Rumi represented his last chance of meeting a man with the same spiritual rigour and depth as himself.

The day after his arrival, Shams awoke and went to sit in the paved courtyard in front of the inn so as to watch the people passing by. Towards the time of afternoon prayers a man approached, riding a mule, and followed by a number of students. It was Rumi, returning to his medrese. Shams looked at his short beard and tanned, wheat-coloured skin, and immediately liked what he saw.

Shams rose and approached the entourage. Without warning, he took hold of the mule’s reins and abruptly asked a question of Rumi: ‘Can you tell me, Mevlana Muhammad Jalaluddin, whether the Lord Muhammad or Beyazid-i Bestami is the greater man?’

Realizing that the question posed by this unknown man before him was likely to be a riddle, Rumi replied, ‘Without doubt, the Lord Muhammad is the greater.’

Shams merely smiled. ‘Did not the Lord Muhammad say: “God! I glorify You. We did not know Your worth.” Whereas Bestami said, “I glorify myself. My reputation is great because there is no being but God in every part of my body.” How do you explain this?’

Aware that the line of questioning might follow this course, Rumi responded at once: ‘The Lord Muhammad spoke the way he did because each day he progressed many stages. Each time he reached a level of new understanding, he begged God’s forgiveness for his previous lack of knowledge and errors. Only the Prophet has the endurance to contemplate God in abstraction, purified from all else, in all His manifestation, without remaining at any one stage of judgement. In contrast, Bestami was carried away by his arrival at the very first stage and, intoxicated by this attainment, went no further.’

Shams was deeply impressed by Rumi’s statement and went down on his knees before the sage. Aware that this unknown dervish had deliberately tried to test him, Rumi climbed down from his mule and raised Shams to his feet. The two men gazed at one another, then embraced. As one chronicler related, it was as if two oceans had met. No word was exchanged between them as, arm in arm, Rumi and Shams walked home to the medrese. About them, students and townsfolk alike watched the incident with astonishment. No one could begin to understand what had passed between the two men since neither had apparently met the other before.

Rumi invited Shams to join him as a guest in his house. Inwardly he had already acknowledged that in Shams he had found a man whose spiritual attainment matched his own. Though nearly twice his age, Shams and he were nevertheless equals. It was left to Shams, however – the wayfarer and spiritual vagabond – to propose one more test for his new-found guide. He asked Rumi for a glass of wine, knowing that most dervishes regarded alcohol with horror. Without a word Rumi asked that wine be brought and placed before his friend.

‘You are a man of far greater powers than I thought,’ Shams said. ‘As a man of perfection, there is no one in the world to equal you.’

Shams then poured the wine away and embraced Rumi. At that point the beginning of their divine friendship was confirmed. In knowing one another they had chosen unity rather than division, and only death could ever separate them.

About the author: James Cowan is a distinguished poet and novelist. His bestselling titles include A Mapmaker’s Dream and A Troubadour’s Testament. His books have been published in the US, UK, Australia, Germany, France, Holland, Poland, Italy, Greece, Switzerland, Croatia, Mauritius, Spain (Spanish and Catalan), Argentina, Brazil, Korea and Japan.